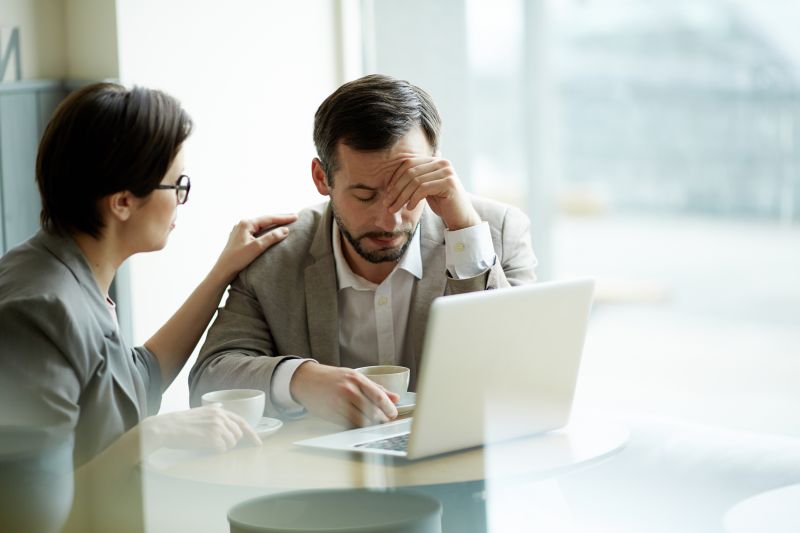 LawCare released striking statistics at the beginning of 2018 which show the number of lawyers calling for help is increasing. Lawyers’ mental and emotional health has been slowly creeping up the agenda and even the SRA is recognising there is a serious issue to be addressed. In May 2018 it published a news release titled “Your Health, Your Career”, the first of its kind from the regulator – ever.

It acknowledged that running a law firm can be challenging, particularly if you do it alone or become isolated in a larger one. Those who run small firms are particularly vulnerable. I know from past experience that the SRA has frequently been unable to really understand or to take proper account of the impact of such pressures when commencing an investigation or pursuing a prosecution. This was, therefore, a welcome step and it coincided with a number of SDT prosecutions where the issue of mental ill health featured prominently.

According to LawCare’s press release in January 2018 it dealt with nearly 900 calls in 2017. It said that nearly half of the solicitors and barristers who called in for help cited depression (17%) and workplace stress (27%) as the reason.

The majority of callers to the helpline were women (65%) and 45% were trainees or had been qualified five years or fewer.

SDT is well used to dealing with prosecutions where the issue of mental ill health is a significant feature. Poor mental health can provide a defence to dishonesty allegations, and it can also provide compelling mitigation. In over 20 years as a practitioner before the SDT, I have seen very many sad cases involving solicitors who just became unwell for all kinds of reasons, and it affected their ability to make rational decisions, and to behave properly.

It seems that 2018 is a year when the profession is taking a bit more notice of the problem.

At the beginning of this year, the existence of psychological issues persuaded SDT not to impose a strike off in circumstances that would otherwise have warranted it. On the 4 January 2018, the SDT published its Judgment following the conclusion of the SRA’s prosecution of Miss Sovani James. It was initially headlined as a decision in which the Tribunal showed compassion or mercy, but in reality there was more to it than this. It is apparently the subject of an SRA appeal against sanction.

It was an important decision for a number of reasons, and it’s worth understanding what brought it about. It came at a time when solicitors and counsel are increasingly, and rightly, concerned about mental health and the effects of workplace pressure. As recently as October 2017 Mary Aspinall-Miles “lifted the lid” on judicial bullying which had until then been a taboo subject. Lawyers were simply expected to toughen up and get on with it, but why should we?

LawCare has been supporting lawyers for years and the public would be concerned about bullying and oppressive workplaces which make lawyers behave in a way they otherwise wouldn’t.

No one wants this and the Tribunal recognised it in Miss James’ case.

Sovani James was a young solicitor aged around 30 and who had been qualified for 3 to 4 years when she created a number of letters and made misleading statements in connection with the conduct of a clinical negligence claim. In a nutshell, she did this to cover up shortcomings in her conduct of the work, and her explanation was that at the time she was fearful of the consequences that would befall her from the firm’s management. The Judgment contains a description of how not to manage people in a law firm, and managerial attitudes that have no place in a modern and supportive law practice.

It was significant that no client lost money and Miss James gained nothing from what she did. This was critical to the Tribunal’s decision. The Judgment doesn’t create a precedent that waters down solicitors’ professional obligations and it is to be hoped the SRA will see it this way. Despite being in possession of evidence showing inappropriate behaviour by Miss James’ employers (of which SDT was highly critical), the SRA deployed its evidence against her seemingly unconcerned about it.

At the time Miss James was employed by McMillan Williams as an assistant solicitor. She resigned in November 2014, but in about February 2015 following her departure, the firm found some irregularities in her files and reported her to the SRA which opened an investigation and started a prosecution. SRA alleged dishonesty and it was supported by members of the firm’s management who gave evidence against their former employee.

The SDT’s judgement is significant for two reasons.

It firstly provided an unedifying insight into the culture at the firm which employed her, and of which the Tribunal was highly critical. Indeed, I cannot recall reading a Tribunal Judgment that was so critical of the environment in which the young solicitor was expected to work. It is difficult to know if the SRA took this into account when it decided to prosecute or at any time during the prosecution. It plainly saw the management documents of which the Tribunal was so critical and so presumably it didn’t see them as relevant to its prosecution.

Firms should not be places where young people feel frightened of their management. The Tribunal was clearly surprised to read the communications sent to Miss James by the firm’s management, at a time when apparently she was showing symptoms of depression. The Judgment tells us that the firm was seeking external investment and as a consequence, it became a “challenging place to work”. It had to appear attractive to investors and time recording and billing became everything. Miss James had apparently been given a target of chargeable hours for the year 2011/12 but fell short by 75 hours.

She was notified in writing and told that her target for the following year would have 75 hours added on. The same happened again the following year and in a letter set out in full in the Judgement, the managing partner told her in April 2013 that she was 137 hours short. It told her that at the end of each year deficits roll forward so that each year her target would simply increase. She was told that if she prioritised chargeable hours she could hit the target even though it may involve working evenings, weekends, bank holidays or simply doing longer days. She had from 11 April 2013 to 30 April 2013 to reach her target and it was assumed “that you will be working each and every weekend and long hours during the week to ensure that the required target is reached.”

The communications set out in the Judgment are indeed striking, and the SDT accepted Miss James was frightened.

Secondly, the Judgment is a very rare example of the Tribunal concluding that it should exercise a discretion not to strike from the Roll a solicitor if had found to be dishonest.

It does not create a precedent as it turned on its own facts and evidence. However, I would be surprised if the workplace environment she worked in is unique. As experienced solicitors, together with its lay member representing the public, the Tribunal took fully into account the immense pressure McMillian Williams had placed on its young employee and the culture of fear within the practice and thereby took an exceptional course.

The SRA’s press release was very encouraging, and it is to be hoped that there is far greater willingness to see and understand that sometimes lawyers behave inappropriately precisely because they are working in poor environments created by their employers.