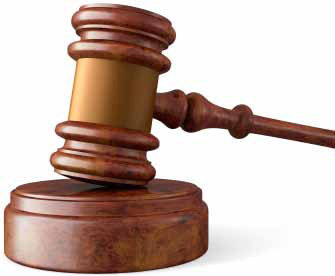 The Solicitors Disciplinary Tribunal regularly deals with applications brought by the SRA following the conclusion of criminal proceedings against solicitors. The conviction sometimes forms the entire basis of the proceedings, but otherwise may just be part of the material presented.

It is an area that can be the source of real difficulty when deciding whether to report the conviction to the SRA. No one will argue the professional implications of dishonesty offences, or other serious crimes, but what about for example road traffic offences? The SRA invariably says that solicitors must abstain from criminal behaviour in both their private and public lives, and recently made that submission when presenting an application which included a conviction for drink driving, driving without insurance and with inadequate tyres. At what point does the underlying offence engage any of the SRA Principles and require reporting? Solicitors must have Outcome 10.3 in mind which is a personal obligation to report when there has been a serious failure to achieve an Outcome or to comply with a Principle.

It’s the underlying behaviour that should very substantially answer this question. Whether a particular conviction constitutes a serious failure for the purposes of Outcome 10.3 will be a question of fact and degree.

I think many would be surprised at the range of criminal behaviour solicitors become involved in. The obvious ones are theft of client money, abuse of positions of trust, and participation in fraudulent schemes and so on. Less well known perhaps will, for example, be Angela Hudson who was convicted in March 2017 for repeatedly contacting her client by mobile phone whilst he was in prison. She was suspended for 18 months.

Or Lutfur Rahman who in April 2015 was found guilty of illegal and corrupt practices contrary to the Representation of the People Act 1983, for which he was struck off.

Neil Frew was struck off in November 2017 for defrauding the Legal Aid Agency, and in October 2017 David Regan was struck off following his conviction for making indecent photographs of children and possessing/supplying illegal drugs. He was sent to prison for 69 months. The same fate befell Edward Profitt who was sentenced to a 3-year community order for making indecent images of children and thereafter struck off by the Tribunal.

The last month or so has seen SDT deal with four conviction cases. Rebecca Harling was suspended from practice for 15 months following her conviction for assault in October 2017 for which she was sentenced to 3 months imprisonment suspended for 2 years. Interestingly the SRA based its proceedings only on a breach of Principle 6 of the 2011 SRA Principles.

Gavin Dowell headbutted a fellow rugby referee and his GBH conviction saw him sentenced to 2 years in prison suspended for 2 years. He faced a range of other regulatory charges and was struck off.

Eoin MacCarthy, a Senior Crown Prosecutor, was sent to prison for 6 months for making false expense claims and was, unsurprisingly, struck off.

Andrew Peters had been convicted of drink driving and faced proceedings which included a number of other regulatory allegations. It’s difficult to know what the effect of a drink drive conviction on its own would have been, but it would be surprising if SRA prosecuted a case on that alone. It did, however, submit to the Tribunal that his behaviour had out other road users at risk and he had, in addition, failed to report it to the SRA. SDT determined he ought to have done.

Two decisions by the SDT and one by the SRA have brought this discreet area of regulation into sharp focus.

In September 2016 Iain Farrimond pleaded guilty to attempted murder and was sentenced to 6 years in prison. In subsequent disciplinary proceedings, the SDT ordered that he should be suspended indefinitely. The SRA appealed the sanction, submitting it was clearly inappropriate for a man who had been convicted of a serious offence to be able to call himself a solicitor whilst a serving prisoner. In the criminal proceedings, the sentencing judge had described his case as serious shocking and sad in equal measure. He had attempted to murder his wife whilst suffering from a medically diagnosed depressive illness and the Tribunal saw this very clearly, as did the High Court on appeal. It was compelling mitigation and the facts were probably unique.

A number of clear principles emerged. The High Court said that attention must be focused on the need to maintain public confidence in the profession, a different focus from that of a criminal court determining sentence. It concluded there was a need to maintain among members of the public a well-founded confidence that any solicitor they instruct will be a person of unquestionable integrity, probity and trustworthiness. The court concluded that objective would be undermined if Mr Farimond’s name remained on the Roll during the currency of his term of imprisonment for an offence of attempted murder. A strike off was therefore substituted for the suspension.

That was the last occasion on which the SRA appealed a conviction based prosecution, but it has done so again in the relatively recent case of Alistair Main. On the 23 January 2018, the SDT heard proceedings brought by the SRA against him based on two convictions. In the first, contrary to section 3 of the Sexual Offences Act 2003, he touched a woman’s bottom. In the second, contrary to the Crime and Disorder Act 1998, he assaulted the same woman, called her an Australian slut and then poured beer over her.

The criminal court imposed a community order on him which required him to carry out 200 hours unpaid work.

It is worth being reminded of the basis upon which the SRA brings these proceedings.

The SRA traditionally bases criminal conviction applications on breaches of Principles 1, 2 and 6 of the SRA Principles 2011. They are respectively:

The SRA simply has to prove the conviction and the underlying facts by obtaining a copy of the certificate of conviction and a transcript of the sentencing remarks. Solicitors invariably admit these standard allegations but may argue for a particular sanction. Mr Main did not admit his conviction constituted a breach of Principle 1, and the SDT agreed with him.

Failing to uphold the rule of law

In July 2017 Matthew Owen pleaded guilty to assaulting his girlfriend by beating her contrary to section 39 of the Criminal Justice Act 1988. He chased her after she left his birthday party, grabbed hold of her and spat twice in her face. He was sentenced to a Community Order and directed to participate in a rehabilitation programme. His prosecution attracted significant publicity.

The SRA dealt with this by Agreed Outcome in which in which Mr Owen was rebuked, fined £1000 and paid £600 costs. According to the document the SRA regarded the Agreed Outcome as appropriate because Mr Owen’s conduct was “deliberate or reckless” and was “neither trivial nor justifiably inadvertent” (Rule 3.1 of the SRA Disciplinary Rules 2011). The published outcome makes no reference to any obligations under Principles 1, 2 or 6. The SRA plainly decided his offence was not sufficiently serious that it had to go before the Tribunal for a full hearing.

Not all criminal convictions will lead to disciplinary sanction, but solicitors need to be aware of the self-reporting obligation and how to deal with the SRA once that’s been done. It can be a tricky area to safely navigate.